Warning: Undefined variable $q in /home/technep1/rupeshdhl.com.np/wp-includes/cron.php on line 554
 Everything You Need To Know About Worldlink Communications Skip to content

When any body in Nepal Talks About ISP in Nepal Then, Worldlink Communication Comes at First.

Worldlink Communications is one of the most common providers of Internet services in Nepal, and arguably the biggest. The success of the Worldlink Internet in Nepal has been driven by its state-of-the-art network operating the finest fiber backbone.

WorldLink is Nepal’s leading Internet and Network Service Provider and one of the most successful IT businesses. Created in September 1995 by its current Chairman and Ceo, Dileep Agrawal, with the goal of providing Internet and IT services, WorldLink commenced by providing store-and-forward e-mail services over a dial-up connection to the US Internet.

The Continuous attempts to expand forced the organization through Teleglobe International to launch complete Internet service over a dedicated leased-line to the Internet backbone in the US. WorldLink linked to the Internet through a direct satellite uplink from its own VSAT terminal in 1997 until June 2008, after two years of this operation, thereby fully bypassing Nepal Telecommunications Corporation.

WorldLink has been the most important name in Nepal’s IT business over the last 25 years. The company’s mission of delivering access to everyone was joined by the CDC Group, the infrastructure finance institution in the UK.

CDC actually holds 10 percent of the overall share of the firm. WorldLink has expanded its services to Nepal’s rural areas and to isolated villages. WorldLink works to make use of the internet for the under-privileged people who live in rural areas, thus bridging the great gap between the linked and the unconnected.

WorldLink has become a success story, commonly seen in the Silicon Valley, for example. In the tiny Himalayan country of Nepal, it has improved its foundations in the general IT market. For a long time now, it has fulfilled its function of being a role model for IT startups. It provides more workers in the industry and tends to make the economy of the world stronger.

Our Products and Services are IPv6 Enabled

I worked hard on this post to help IELTS learners. It would help me a lot if you consider sharing it on social media networks. Because Sharing Is Caring.. ♥️ 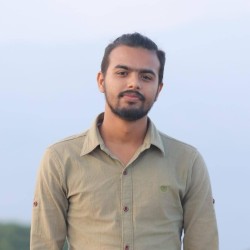 Hi! My name is Rupesh Dahal. I'm a mid-level WordPress Developer, SEO Analyst & Web Designer from Nepal. I have been working in IT Sector for the past 3 years and I've acquired the skills and knowledge to make your project a success.